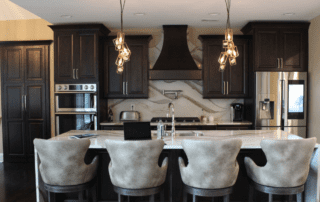 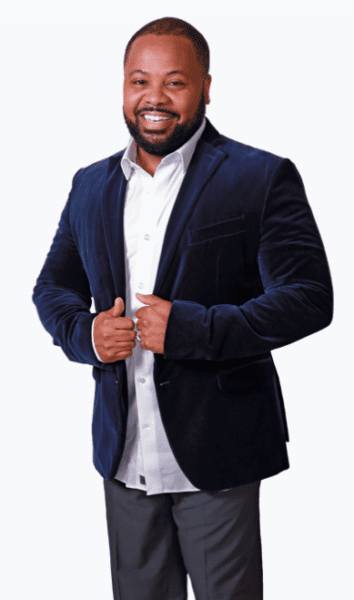 Calvin Watt, Principal Designer of  The C’VION Company, faced several challenges when doing this striking kitchen remodel, but you’d never know it from the end result. When removing the dividing wall to the great room to create an open floor plan, the lines of the two spaces were off-center, requiring them to move the range and vent hood to line up with the placement of the fireplace at the other end. Another challenge from the removal of the wall was the loss of cabinet space, which Calvin says he made up for by enlarging the island and making some hidden cabinets on the bar side along with a hidden pantry.
www.thecvioncompanyllc.com

Tips to Make it Yours:

1) What is your official title and do you have any special design qualifications?

2) How long have you been designing kitchens and baths?

I have been designing Kitchens and Baths for over a decade now. We created the company back in 2007 but we were designing friends and family homes way before that.

3) What was the most challenging part of this design?

There were so many but I will only tell you the secrets about a few.  When we took down the wall the separated this kitchen from the great room, everything became off-center.  So getting the lines right was a huge task. Since the cooktop and range hoods are like the showcase of a kitchen we had to line it up with the fireplace in the open room in front of it, so things wouldn’t look too far off. The 2nd would be installing our countertop material on the wall as the backsplash in a design.  You should have seen the guys trying to template the curve over the hood vent. It was like putting together a jigsaw puzzle with something that weighs 100 pounds vertically. 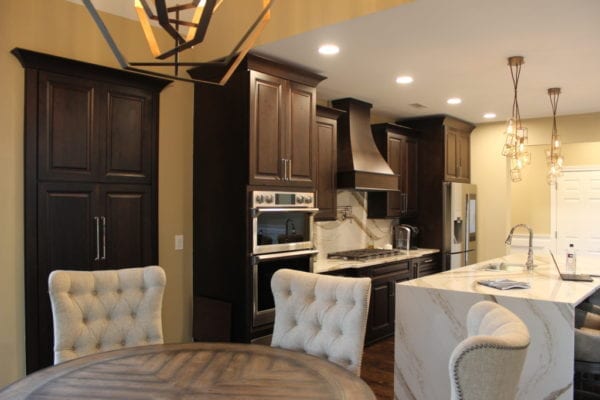 4) What were the client’s needs for this bath and in the end their favorite feature(s) of this design?

Since I was opening this kitchen to the great room by removing a wall, the client was losing a lot of cabinetry storage, so I had to find a way to compensate for that in the finished design. So by enlarging the island and making some hidden cabinets on the bar side along with a hidden pantry, the job was a success.  Funny thing is that my client’s husbands favorite thing about the kitchen is the pot filler over the cooktop so that when he needs a little water while cooking it’s right there.

5) What is your general design philosophy when it comes to kitchens/bathrooms?

My philosophy for all of my project is to find out what troubles my client the most and build my design around as many of those solutions as possible.  We are here to be a solution to our client’s needs, and that’s why we are hired back for more projects every time.

6) Did you have a special look, feeling, or feature in mind when crafting this space or what was your inspiration?

As mention above when we opened this kitchen up to the other rooms, it was key to line up all the lines, all while making each room stand out and blend together. Sound confusing doesn’t it. Don’t worry just breathe. We wanted this kitchen to have a centerpiece to it and that was the hood area, which by chance was the only wall left in the room.  So we had the opportunity to draw the eye up with stone and wood. And even though the ceiling was not vaulted like the adjoining room we still accentuated height in this room but staggering the cabinets both up and down and in and out.

7) What is a common mistake homeowners make when redesigning their kitchen/bath?

One of the biggest mistakes I have seen is forgetting to accommodate for the cabinetry hardware.  Those corners will get you every time.  And if you don’t measure right and allow enough space, once you put your cabinetry hardware on and a drawer doesn’t open it’s so disappointing. 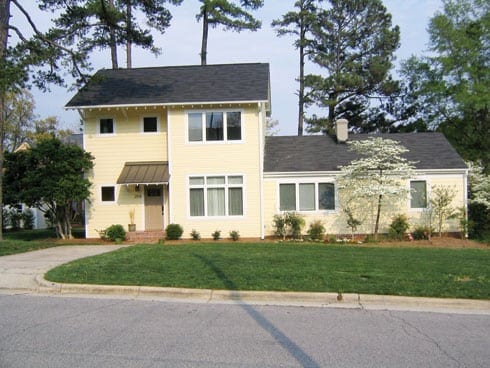 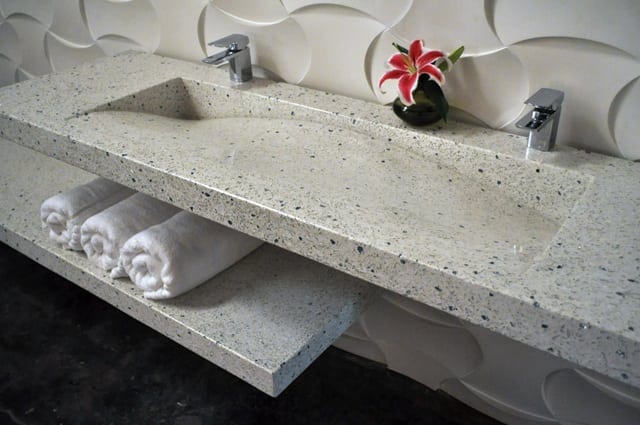 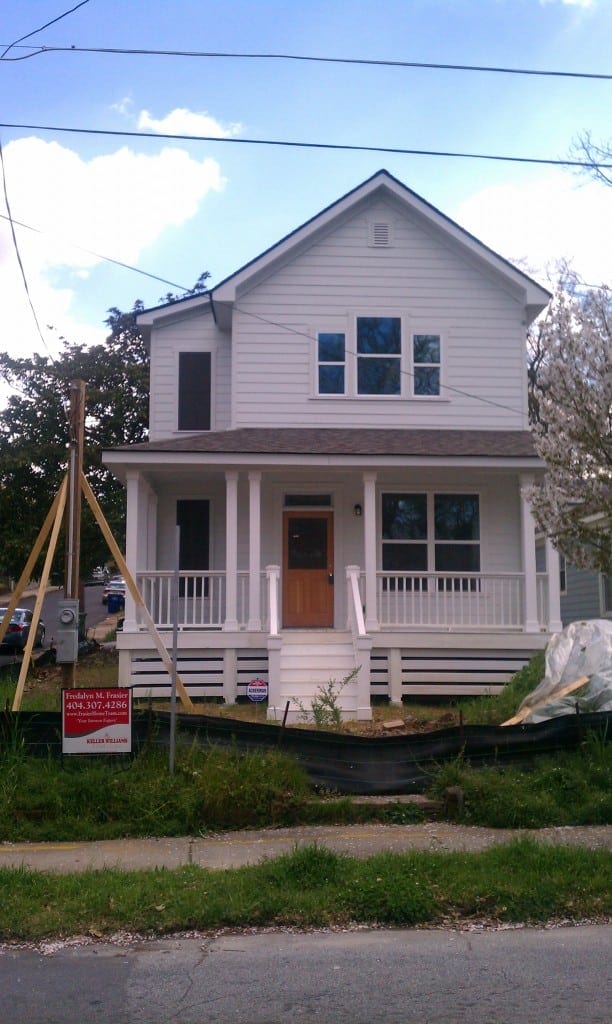