8 easy-to-care-for houseplants to revive your space 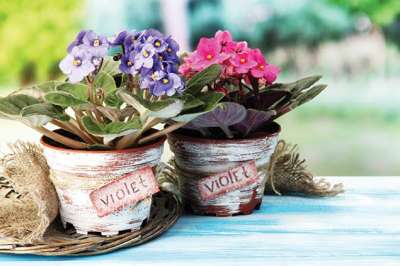 Houseplants have become a booming design trend, especially with the uptick in people working from home. It’s nice to have some greenery to cheer up your space, and studies have shown that having plants around can reduce stress and improve indoor air quality. The idea of caring for plants can be daunting to some, though. But with a little knowledge and the right settings, you’ll be growing your indoor Eden in no time. Here are some suggestions on various plants to consider: 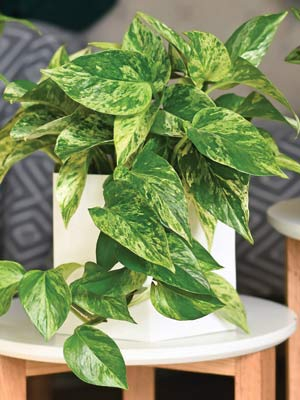 Let’s start with something that’s a no-brainer. Easy to grow, easy to find and really hard to kill, Pothos is a trailing plant that isn’t picky about its growing conditions. Its cascading foliage creates a dramatic effect when placed in a hanging pot or draped from a shelf. It comes in a number of varieties, such as Neon, Marble Queen and Golden.
Light: Low to high, but avoid direct sun.
Water: When top inch of soil is dry. 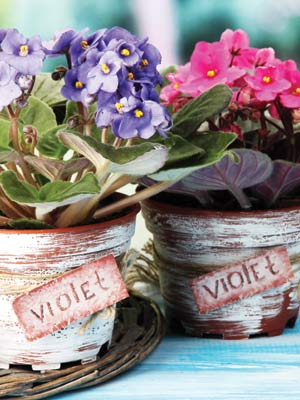 African violets are one of the few flowering houseplants. Make sure you have a really sunny spot available because these beauties require lots of light. They like their soil to be consistently moist, making plastic or glazed containers a good choice since they hold more moisture. Just make sure the pot you put them in has drainage holes. Never water your violets from above, as getting water on the leaves will cause them to rot. Instead, stick your pot in a shallow container of water and let it sit for about half an hour.
Light: High.
Water: When top of soil is dry; avoid getting water on leaves. 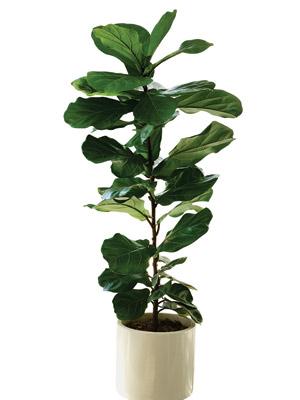 The “it-girl” of indoor plants, the Fiddle-Leaf Fig is a popular interior-design addition to any large space in need of a little life. Growing between 6 to 10 feet tall with large lush leaves, the temperamental behemoth demands specific conditions, including a cool temperature around 68 degrees and little to no movement. It is also worth noting that the leaves are toxic to cats and dogs.
Light: Bright filtered or indirect light.
Water: When the top inch of soil feels dry; over the winter months, water slightly less. 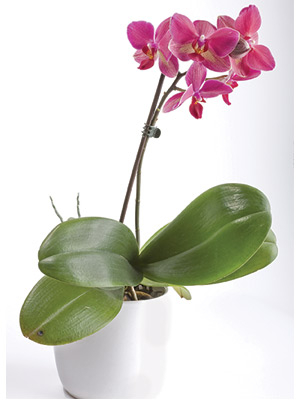 With stunning blooms that come in bright purples, pinks and yellows, orchids have captured the attention of growers for over a century. They come in hundreds of varieties, but the most common one in nurseries is the Phalaenopsis, also called the moth orchid. They have a reputation for being difficult to care for, but the truth is they don’t want too much attention. A spot with indirect sunlight (any well-lit room will do) and a weekly soak in some room temperature water will do the trick.
Light: Moderate to high; avoid direct sun.
Water: Stick under running water for one minute weekly; avoid getting water on the leaves. 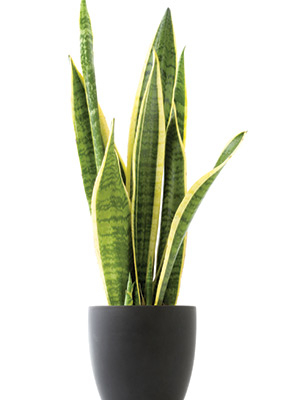 Another popular plant that’s easy to care for is the snake plant, also called mother-in-law’s tongue and Sansevieria. The broad, upright leaves come in several pattern variations that make for a striking statement in any space. Snake plants are a type of succulent, so they’re hardy and tolerate all light conditions. Only water them when the soil is completely dry, and water them until the water comes out the bottom of your pot.
Light: Low to moderate to direct sun.
Water: Allow soil to completely dry out between waterings. 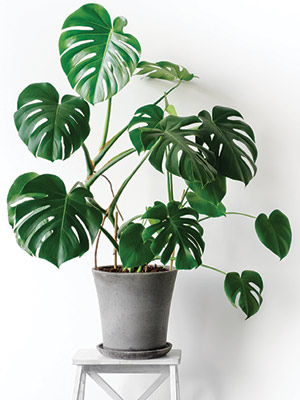 If you’ve been on Instagram at any point in the last year, you’ve probably seen this plant in at least one advertisement. They are recognizable by their leaves, which grow with natural holes, earning them the nickname Swiss-cheese plant. This process is called fenestration. Monstera like medium light, high humidity and well-draining soil.
Light: Moderate to high.
Water: Allow soil to dry out between waterings. 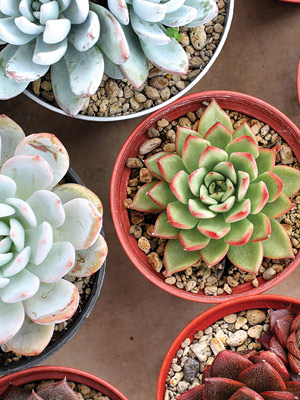 If there’s one type of plant that’s hot right now — and that likes it hot, too — it’s succulents. One of the most common kinds you’ll see in nurseries is Echeveria. Like all succulents, it stores water in its thick leaves due to the fact it typically grows in arid conditions. Give it too much water, in fact, and it will cause root rot, which is the most common reason for dead succulents. Stick your Echeveria in a sunny window, and only water it when its leaves start to get wrinkly, which can take several weeks or longer.
Light: High; does well in direct sun.
Water: Only when leaves begin to wrinkle. 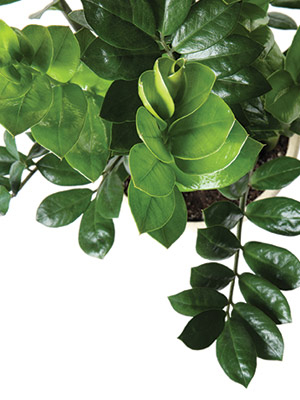 ZZ plants thrive on neglect, making them a perfect choice for self-proclaimed plant killers. They grow in any light except direct sun, which will burn their leaves. They can even grow under fluorescent lights, which makes them popular office plants. With shiny, symmetrical leaves sprouting from long, upright stems, they make an attractive addition to any room. For something a little different, try the Raven ZZ, which grows black leaves.
Light: Low to moderate; avoid direct sun.
Water: When soil is completely dry; once every week or two is plenty. 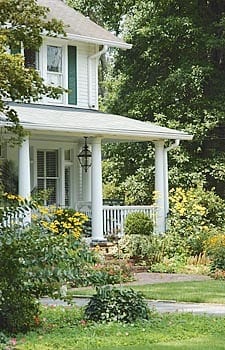 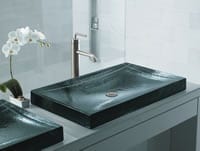 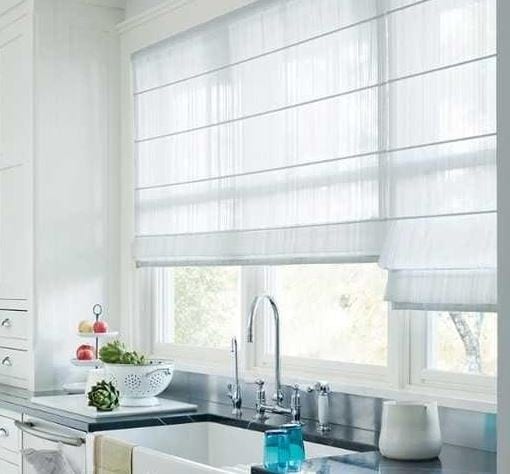