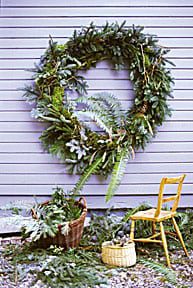 If you think Vern Yip, the Atlanta architect and interior designer featured on TLC’s popular show Trading Spaces, is passionate about what he does, you’re right. “Design is what I love,” Vern says. “It’s what I live, eat and breathe.” If you think he seems down-to-earth and genuine with his TV clients, you’re right again. But that’s because Vern really is down-to-earth and genuine. “I try hard to listen to the people to find out how they live their lives,” he says. “I have a real responsibility to create a space the clients will be happy with.”

With that type of passion for his career, you might be surprised to know that Vern didn’t always set out to be an interior designer. He actually graduated with a BA in economics and a BS in chemistry from the University of Virginia, and intended to go to medical school. “Just before I was about to start med school, I told my parents I wasn’t going to go,” Vern says. “I knew I wanted to be an architect, so I consulted with my family friend and mentor, [architect] I.M. Pei, and he suggested I go to Georgia Tech to get a master’s in architecture.”

That degree in architecture is eventually what led Vern to interior design. In fact, he attributes his functional designs to his training as an architect. “I really like clean, modern lines,” he says. “I am a designer with an architect’s perspective.”

This Buckhead penthouse designed by Vern has a sleek, modern appeal. The subtle colors give it a relaxing, inviting feel.
After working for several years at architecture firms, a colleague suggested Vern take a stab at interior design. Shortly thereafter, his career blossomed. He opened his own firm in Atlanta specializing in commercial and residential design, and was honored with the prestigious 2000 Southeast Designer of the Year award from the Atlanta Decorative Arts Center. “That award is what caught the attention of Trading Spaces,” he says.

So after years of working on high-end projects , it might come as a surprise to learn that Vern relished in making the switch to budget decorating on Trading Spaces. “I love a challenge,” he says. “The rules of design shouldn’t change just because you have a smaller budget. You still want the room to look like it cost more than it really did.”

Vern says he approaches all of his projects—those in his private firm and those on Trading Spaces—in the same manner, and says homeowners should, too. First, he says, surround yourself with furniture and accessories that will last. “Buy quality pieces that you love,” he says, “even if that means you have to buy less of them.”

Vern also insists you start any design project with a master plan. “Ask yourself ‘what do I need and what do I like,’” he says. “And be sure to take your time building on those things, especially if you’re on a budget. You have to realize it could take a lifetime to complete the plan.” One great way he says you can get the most bang for your buck is to buy a functional piece of art, like a light fixture. “If you can get a fixture that is unique and attractive, you’re essentially getting two things for the price of one—art and lighting.”

The sleek, straight lines of this bedroom are typical of Vern’s designs.
He also says you have to continually keep your eyes open for good deals. “Atlanta has a great diversity of styles, so you can find bargains if you take your time looking for them.” And bring back something for your home when you travel. “Buy something substantial, rather than several small things,” he says. “Those items will make the space about you.”

And that is what design is really about to Vern. “The home is sacred. I want to leave all of my clients with a new space that is much better than it was,” he says. “I pour myself into every project.”

With his newfound celebrity status, Vern’s hectic schedule doesn’t leave him much personal time, but when he gets the chance, he says he most enjoys spending time hiking, visiting with friends and their kids, and especially watching hockey. “I’m a big hockey fan—I guess Inever really quite fit into the “typical” designer mold.”

So what’s next for Vern? “I’m designing furniture with my sister, and I want to continue expanding into new arenas,” he says. “I can’t do only design or only architecture. I love doing both. And getting paid for what I love is amazing.” 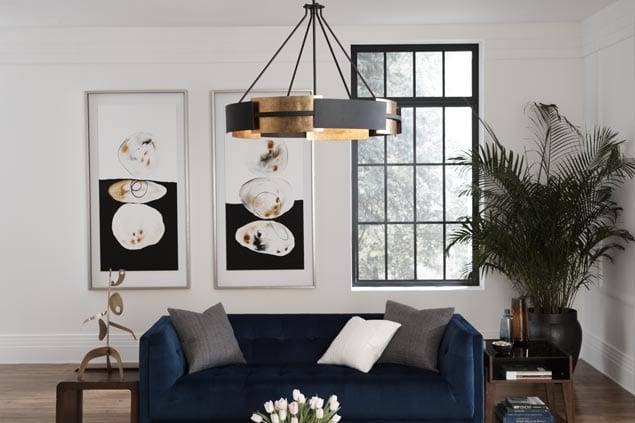 Interior Lighting with a Modern Twist 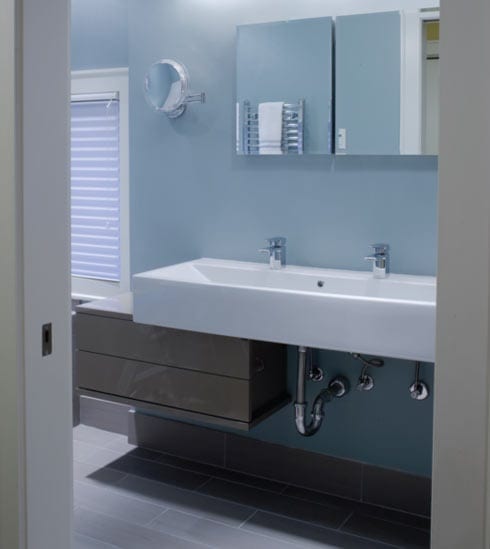 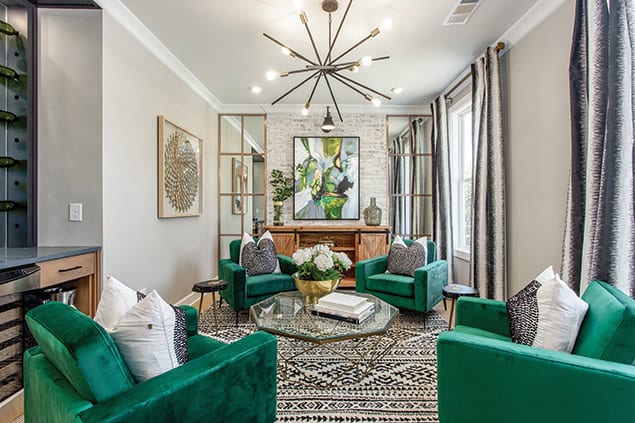