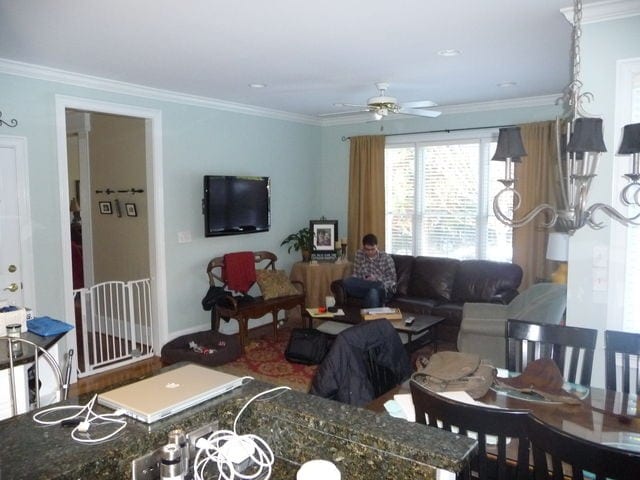 Before Weidmann & Associates stepped in, the owners of this Sandy Springs home–featured on the 2011 NARI Atlanta Tour of Homes–longed for a more functional living space on the first floor of their home. In the original layout, everybody tended to congregate in the kitchen and den, leaving the family room and formal dining rooms largely unused.

To address these issues, Weidmann completely redesigned the main level of the house. This included converting one half of the dining room into a home office off the front foyer and the other half into a large pantry off the kitchen. To incorporate the family room into the daily routine, walls were removed that had separated the family room from both the kitchen/keeping room and the front stairs.

Before the renovation the den was cluttered and distracting.

While the original kitchen worked well, removing walls provided space for an expanded island. To freshen up the area further, the perimeter cabinets were refinished and new appliances installed. While the family room retained its role, the former keeping room became the new informal dining area – open to both the kitchen and the family room. By integrating these areas, the heart of the home is now one large gathering space, which flows naturally from one point to another. It also improved the connection with the back yard, which received a makeover of its own.

Highlights of the project include antique doors at the entrance to the new office, “distressed wood planks” on the family room ceiling, a beverage center carved out of the old front hall closet, dark wood floors to complement the new knotty alder cabinetry, concrete countertops, a zinc topped breakfast table attached to the new island, some unique lighting fixtures, a grilling deck and wonderful outdoor living space. 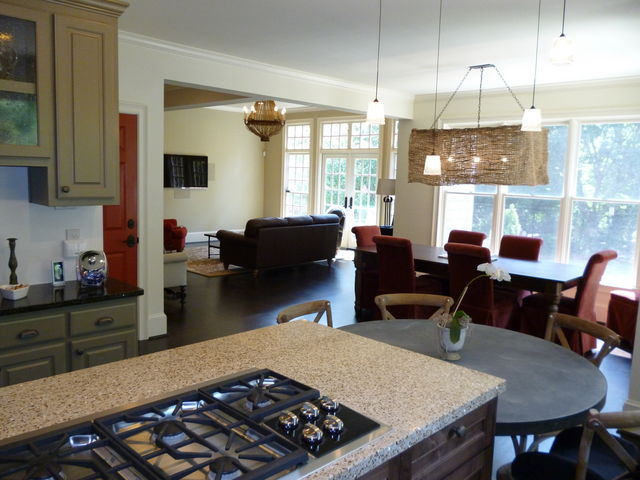 Now the rooms flow together, making the space more livable.

Even the family’s two smallest members were treated to a little attention. With a new dog door, they now roam their new domain freely – inside and out.

Liven up your home with bold-colored kitchen appliances. 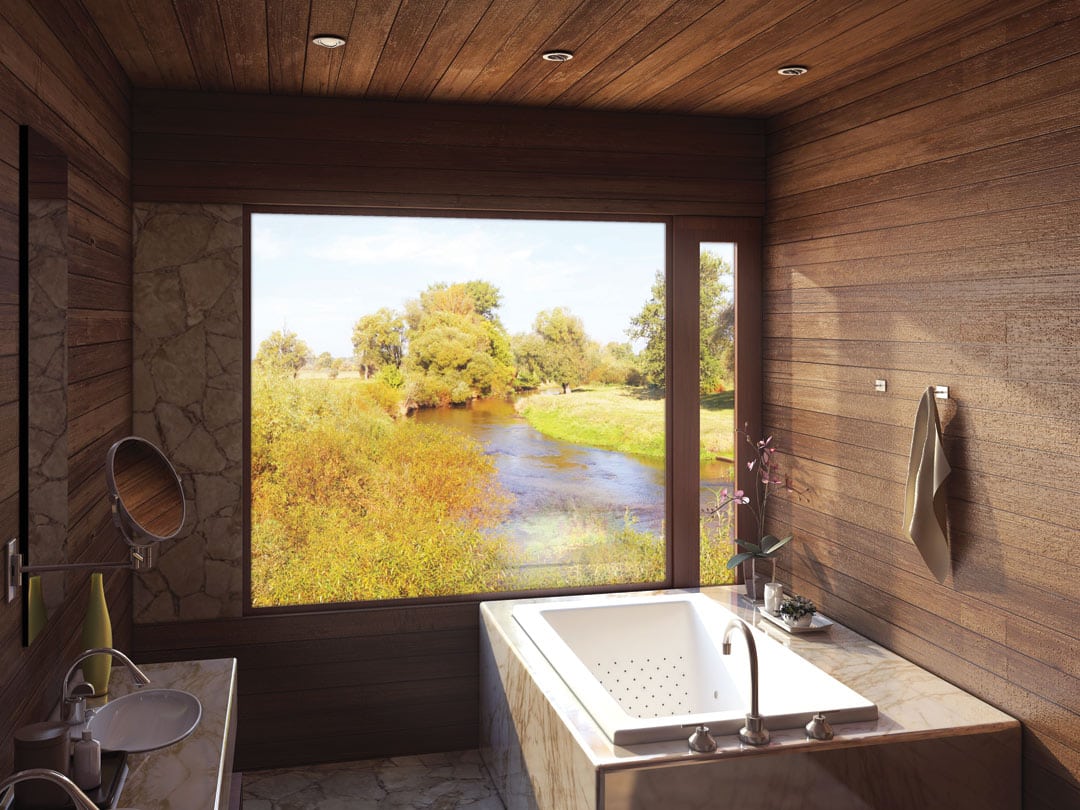 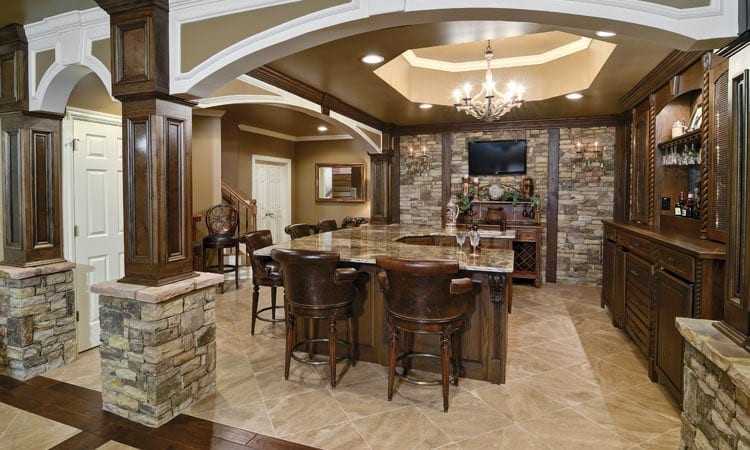