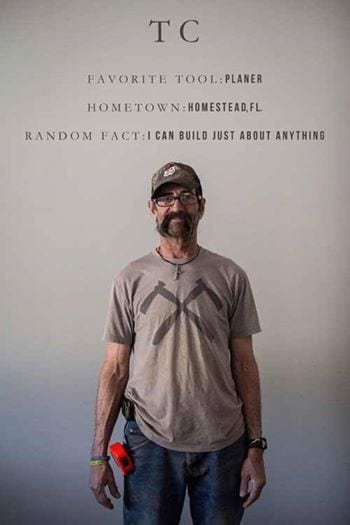 There are a lot of echoes in the offices of local furniture company, Lamon Luther.

Airy and concrete –  only decorated with beautiful objects made of iron and raw wood – it's physically an echoed space. 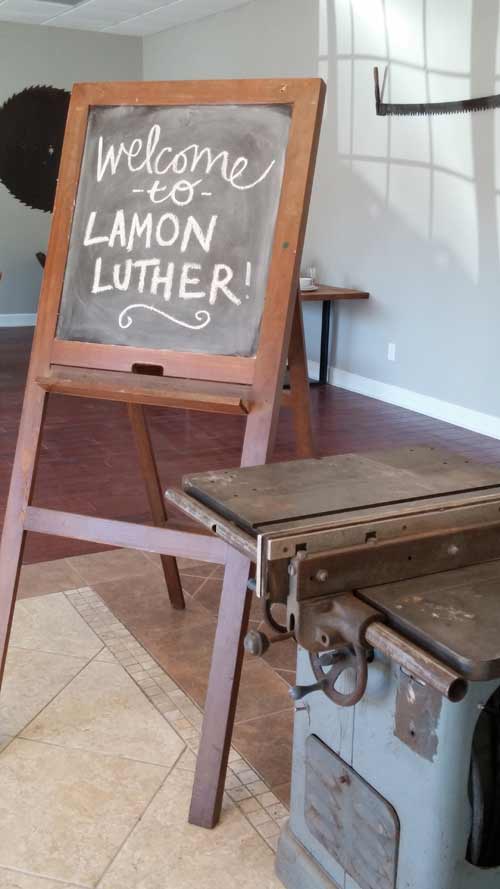 But it's full of metaphorical echoes as well. The wisdom from past generations of "good old country boys" resonates throughout Lamon Luther's very beautiful, very digital storefront.

Reclaimed farm wood and pallets are being snapped up online by millennials who are shopping on CraigsList.

In other words, the Pinterest generation wants Little House on the Prairie craftsmanship.  And Brian Preston is giving it to them, all while giving back to his local community. 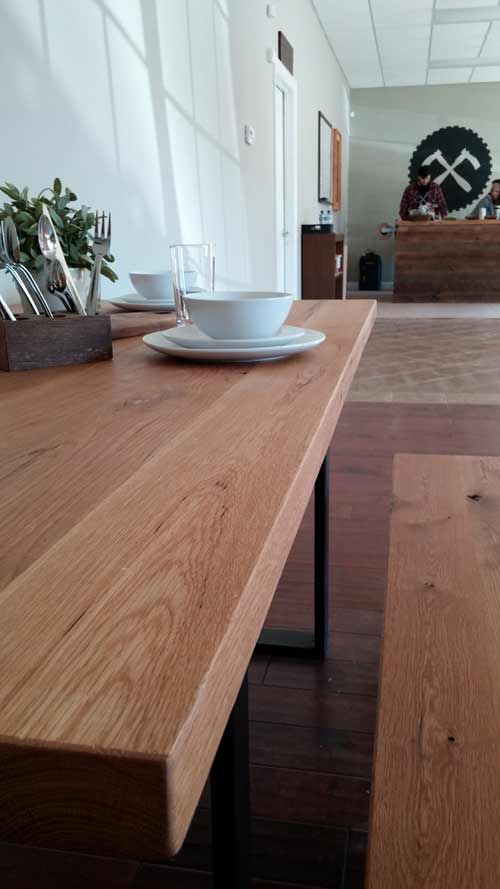 Preston, founder of Lamon Luther, came by his current furniture business by way of a tanking economy.  "When the economy crashed, my wife and I lost everything. We lost our house, our cars. It was a nightmare. That's when poverty became real."

Even before the crash, Preston had already been making his living with hands, building homes in an ill-fated partnership that left him nearly bankrupt.  He'd learned those carpentry skills at the knee of his grandfather, Lamon Luther Wilson.  "As a kid he would take me out and show me how to use hand tools."

When that home building business went under, he and his wife turned online. There they (well, she) found Pinterest, and realized that there was an appetite for the kind of furniture Brian new how to build.

So they began creating pallet tables and selling them on Craiglist.  These became were extremely popular ("We sold them way too cheap," Preston laughs) and he began to realize he could branch out and really create a viable new furniture business.

Right around the same time, Preston became aware of a homeless community living nearby in Douglasville. Wanting to help, he began to regularly bring them firewood and food. "They were kinda my people. Most of my family is from Alabama. They reminded me of my good old boy, country boy relatives and friends.

All they know is how to build things with their hands. Put them behind a desk and they will go crazy but put a tool in their hand and watch them come alive." 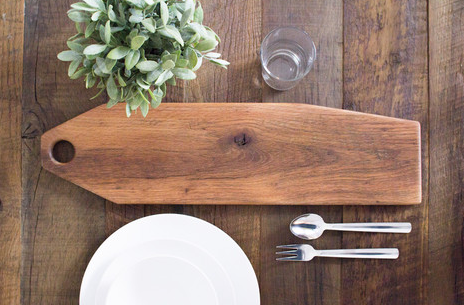 Soon, donating supplies wasn't cutting it for Preston. "I realized they were starting to rely on me to meet some of their needs." And he didn't want that. He's a firm believer of a hand up and not a hand-out.

So one day it dawned on him. "I was out in my garage, building alone, and I thought  – ''Man, we can hire some of these guys and build furniture!' I remember going inside and telling my wife…and we evolved the idea over six months. We created a plan."

The first day of the 'experiment' was Jan 2, 2012. "I had told our first guy, TC, I'd pick him up the next morning to bring him to work. I said 'hey man, don't stand me up!' And he was there, waiting, all bundled up. I picked him up in my truck and we went to work." After a few months of regular work with Preston, TC moved out of the woods and found a place on his own.  He figured all of it out.  (You can read more about TC's ongoing struggles and triumphs on their blog.) 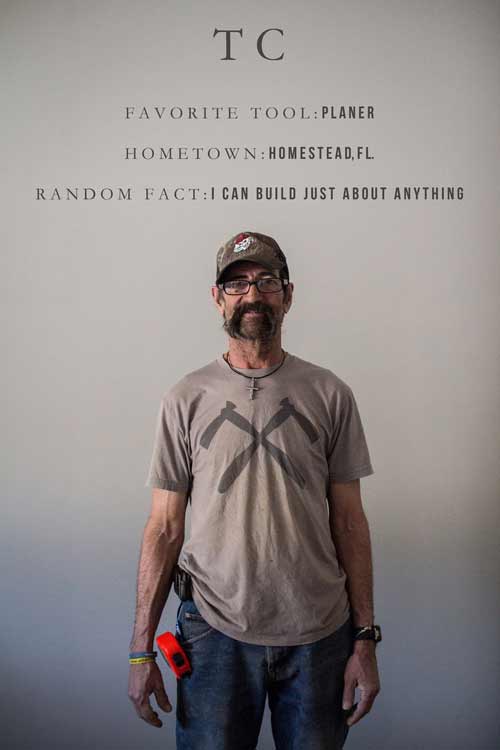 That was two years ago. Their philanthropic model has somewhat evolved since then. After a few heartbreaks of working with guys who just weren't ready, Lamon Luther now works with homeless men who have completed rehab programs. They give them work when no one else will. Giving back is still very much at the core – at the heart – of their corporate policy.

Preston explains how what started as a personal passion is also making good business sense. "This is the new philanthropy. In companies like Tom's Shoes and Warby Parker, giving back is infused into their model. And for us its about job creation and restoring dignity. We believe the industry is going to demand that. There's going to have to be transparency in how you're giving back with your company. I think the market is going to demand that."

And it's working! Lamon Luther has been successful in the B2B space, working with designers and restaurants who love the idea of using beautiful furniture with an equally beautiful story.  They do custom tables, bench and wall treatments.

(So please – designer and restaurant readers – support community in a very real way and contact them today to bring a little Lamon Luther to your next project!) 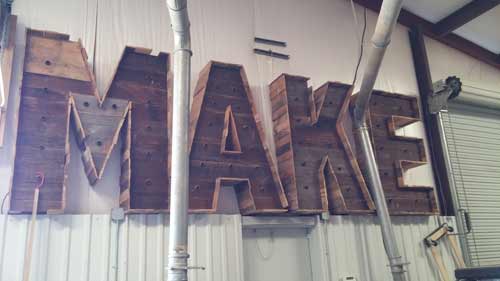 Other notches in the company's belt include the very impressive sales of their Rebar Jones table at West Elm Atlanta, and they will soon be featured in the Southern Living 2014 Idea House.

But they want to branch out more and sell directly to homeowners.

"We do have a $45 breadboard for sale. What we're learning is that we have to create an affordable, wearable product. We tried Tshirts but we didn't want to become a Tshirt company.  We're trying to figure out how to give them an opportunity to be a part of our story.

Because those are the people who are really rooting for us."

If you can't cheer on Lamon Luther by making a purchase, comment below with an encouraging word or two. 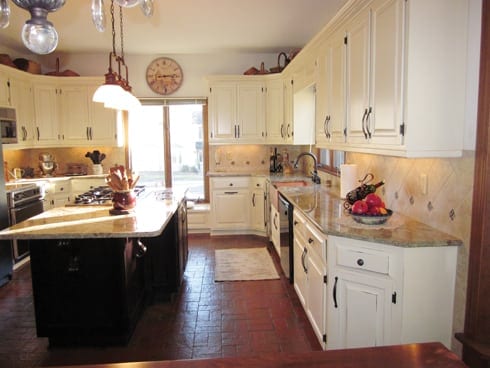 It’s All in the Details 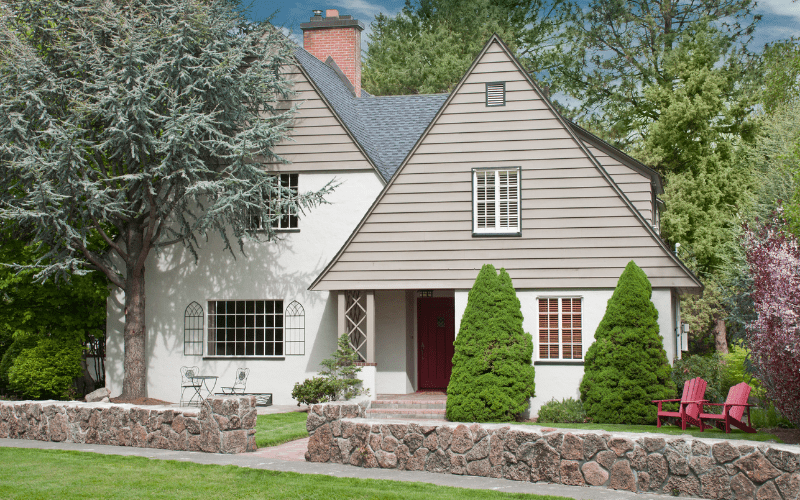 5 Reasons Why a Dumpster Rental Makes the Perfect Housewarming Gift 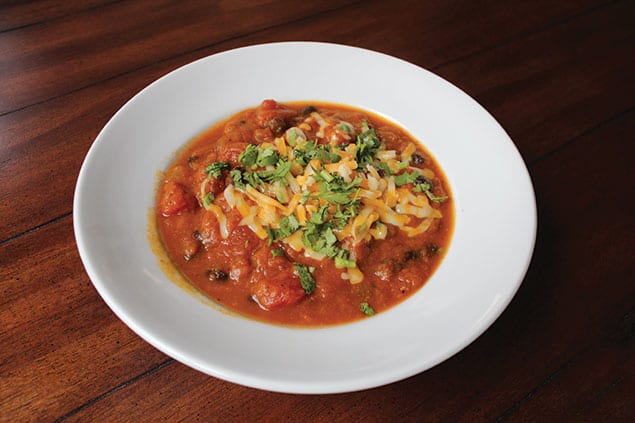 Why is standing water in my crawlspace a problem, and how can I fix it?