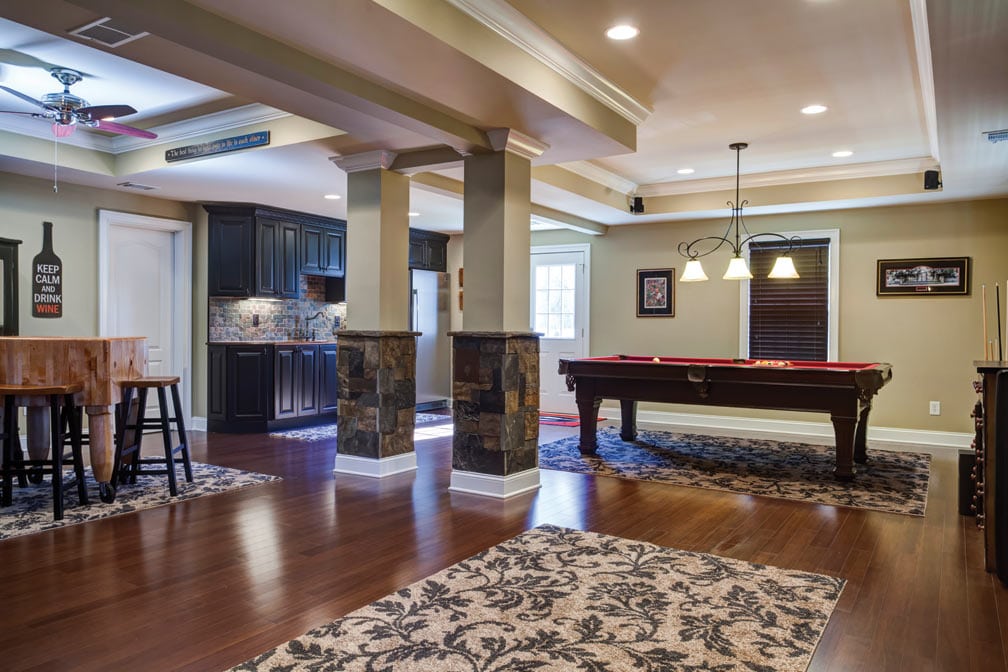 They may be on the bottom level, but basements are being truly elevated in many homes. More and more homeowners are exploring the nearly limitless potential of this space, and coming up with some grand ideas for expanding their living area for the entire family.

“Instead of moving or trying to sell their homes, people are making modifications to them,” says Michael Humin Jr., owner of Atlanta Basement Creations in Atlanta. “They are waiting out the return of the housing market and planning on recouping their investment down the line when they sell the home.”

Sometimes homeowners are designing a space for their kids to use that is separate from the main living area of the house. In other cases, the kids are older and have outgrown the space or its features and families are trying to update the space to meet the needs of grown children. Many homeowners are looking to build an in-law suite to accommodate an older parent or other relative with all the comforts of home.

A place to play

“People are interested in putting in sports rooms,” says Randy Glazer, owner of Glazer Design and Construction in Atlanta. “Rooms dedicated to golf with putting greens and nets for driving golf balls. You’re really only limited by your imagination.”

One tried-and-true staple of basement remodeling and finishing is the media room. Homeowners like to go all out when these rooms are conceived with theater seating, screens as large as 130 inches, and special sound systems for watching movies and games.

McDonald says that he has noticed a trend towards making media rooms more multipurpose.

“We have done projects where there is a bar in the media room, or it’s more of an open floor plan,” he says. “A lot of people don’t like to be in a dark room, so they want to make it more accessible and part of the bigger planning of the space.”

Humin added that he has heard from many customers that media rooms have served as conduits towards better family relationships. “So many people say that they spend so much more time together,” he says. “They have movie nights, or they watch American Idol in there every week as a family. It becomes a gathering spot and allows for family members to enjoy each other’s company better.”

According to the experts, a homeowner can expect to spend anywhere from $30,000 to $200,000 on a basement remodel or finishing project, depending on the features and amenities included.

McDonald says one thing that has to be taken into consideration when planning a budget for a basement project is the value of the home in its entirety. “If you have a $1 million home, you don’t want to spend $40,000 on the basement project,” he says.

All the builders recommend a thorough design and planning process during which you talk to the contractor you are hiring and go over the project in extreme detail. Rely on their expertise in helping to design the project. “One of the biggest issues we run into is customers who think they know more about what we are doing than we do,” says David Sturm, CEO of Attention to Detail Home Remodeling in Roswell. “They watch a lot of TV shows and HGTV and they think it makes them an expert. We are the ones with the expertise.”

McDonald says that when choosing a contractor, you should make sure you are comparing apples to apples when soliciting bids from various companies. “Different contractors will include different levels of

detail in providing an estimate,” he says. “You’ll be better off having them providing a detailed scope of work so that you have an understanding of what is going to be done.” McDonald says he also recommends using a contractor company rather than a handyman or one-man remodeling outfit. “You want somebody who can provide the skills you need to do all the associated work,” he says. “We have people who are experts in hanging drywall or wiring or painting or cabinet making. It’s hard for one person to be proficient in all of those different areas and the quality of work could suffer.”

Dig into the options

Humin says checking out websites for the companies you are considering can be a valuable source of ideas. “You may see something and decide you want that, too,” he says.

What are some other things that you need to keep in mind when considering a basement remodel? One important factor is how the place is equipped for a remodel. Many basements are already stubbed out for bathrooms or sinks and more. If it is not, outfitting the area for those kinds of amenities will need to be included in the budget. Consider the wiring as well. Is the area already prewired for cable or satellite television and Internet access?

If the area is going to be used by the kids and their friends, you may want to consider including some insulation that dampens the sound coming from the basement as well.

“There are an unlimited amount of small things that you may not think about,” McDonald says. “The kinds of doors that you use—solid core or hollow core. What kind of flooring do you want? Hardwoods, carpets, tile?”

Hulin says his company has seen a trend towards sealing the concrete floors and then using special paint or stain to give the floors a different kind of appearance. “We have a product that fills in the openings in concrete and seals and waterproofs it to 6 inches,” he says. “It gives customers a new variety of options.”

Sturm says energy efficiency is something that also should be taken into consideration when considering products or design features.

So much of what will need to be done will be based on the scope of the project. Is it a remodel of existing space or will the contractor be dealing with a blank canvas so to speak? Will you be renovating around the existing walls or will there be walls removed or moved? All of these factors can play a pivotal role in your project. For most projects, you can expect the renovation process to take about three to four months.

With the right planning and experts in place, your home’s new addition down below can take just about any shape and purpose you can dream up. 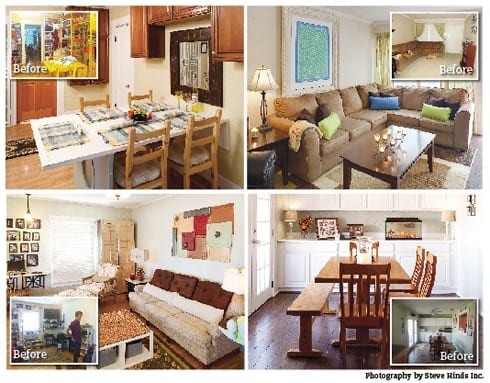 Design Duel is a Win-Win 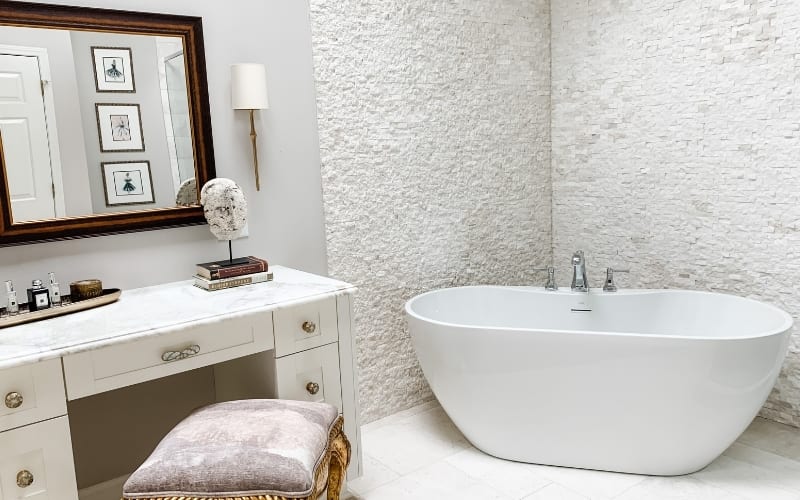 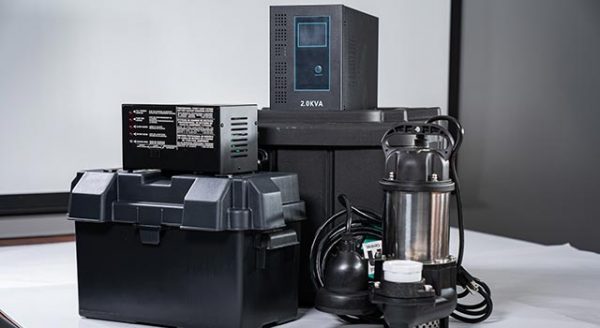 Why could a sump pump fail? 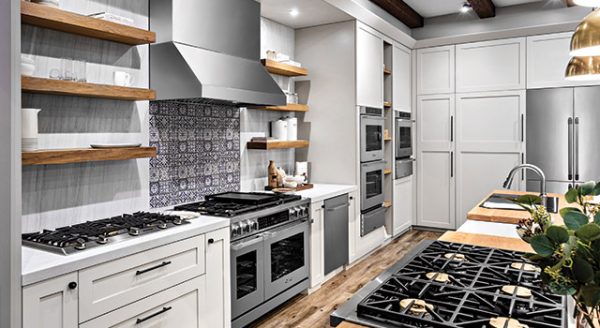