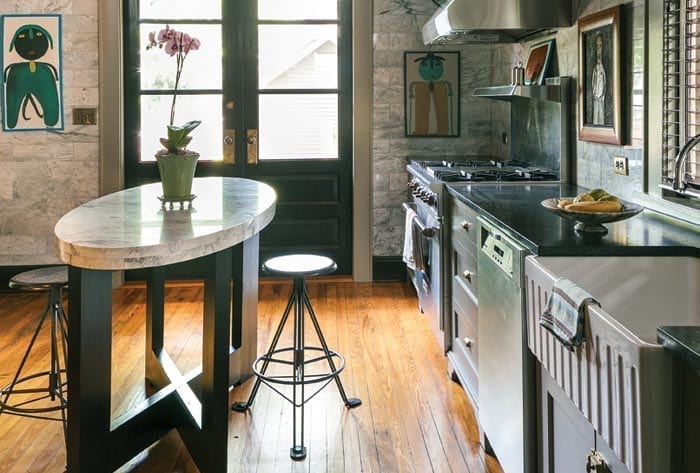 Art and antiques lover Mark Edge thoughtfully revived his historic Midtown home and filled it with one-of-a-kind treasures. Here, he shares lessons learned and why this 10-room home means so much to him.

There are before-and-afters when it comes to home improvement, and then there are Before-And-Afters. Celebrity jewelry designer Mark Edge’s Midtown residence is most certainly the latter. Just as he carefully crafts each wearable piece of art for his 24-year-old company, Mark Edge Jewelry, he also wisely chooses each eclectic item in his home.

Situated less than two blocks from Piedmont Park, this 100-year-old home had all the makings of a teardown—awful remnants (visual and aromatic) of sitting vacant for more than three years, dust and damage from coal-burning fireplaces and a look of decay and dilapidation that only occurs when a home has truly been neglected. But there was also something else: hope.

“This house was completely shot, like the Titanic resting on the bottom of the ocean,” says Edge of the historic home he purchased in 2007. “It went down grand but now was the time to get it up.”

Restoring Edge’s 4,400-square-foot home, originally built in 1909 by Georgia governor William J. Northen, certainly was an endeavor of titanic proportions. Northen and his family, who were mostly lawyers and mortgage bankers, lived in the home for about 100 years (grandson George T. Northen was a notable socialite and involved in many philanthropic organizations throughout the country).

Edge had to call in reinforcements in the form of interior designer and friend, Amy Wikman, co-founder of Bjork Studio, who just happens to also have a master’s degree in historic preservation. “Every single thing in this house has been touched, restored or replaced, in some way,” says Wikman. “One of Mark’s friends begged him not to buy [the house], calling it ‘Grey Gardens: Atlanta.’”

Now that the team was in place, including a contractor sensitive to restoration and applying a tax credit that gives owners financial incentive to preserve their home’s original architecture, it was time to add life to the once deserted home. Edge was adamant about preserving the home’s history; his mantra for the project was “restore the integrity.”

Wikman and Edge salvaged and restored elements in creative ways, like recycling the home’s main kitchen into the property’s one-bedroom, detached guest/carriage house, and keeping existing radiators for purely aesthetic purposes. Every square inch was touched (perhaps in this case, retouched), which is part of the fun when exploring Edge’s fabulous, art-filled bungalow—the library’s bronze doorknobs from New Orleans and painstakingly preserved pocket doors, the 1970s conference-table-turned-dining-room table (rumored to have sat in Ted Turner’s conference rooms at his billboard business Turner Outdoor Advertising), an original service button hidden under a chic floor rug, and much more.

Undertaking a project like this came with lots of growing pains for Edge. His major takeaways? “Take advantage of the historic rehabilitation tax credit from the Department of the Interior, freeze property taxes at your purchase price for eight and a half years, have a lot of patience and a master plan and budget in place before you start a project.” Set a realistic time frame for completion date and other pertinent components. “Restorations take a lot longer and cost a lot more than you can imagine.” He also says to be sure to work with an architect and interior designer who understand the restoration process as well as what’s appropriate for the structure.

Over the course of nearly two years, Edge and Wikman salvaged as much as they could; not only paying homage to this historic home, but also creating the perfect setting to show off Edge’s collection of stunning art, eclectic antiques, and unusual knickknacks.

“I’ve been a collector my whole life,” he says. “Art makes me happy; it’s an adrenaline rush.” This self-described art addict has over 100 pieces (there’s a Picasso in his guest bathroom!), in addition to antiques like globes, clocks and lamps, most of it procured directly from the artist or Scott Antique Markets and estate sales. Whether seeking out a talented, emerging artist or literally stumbling upon a sculpture by the side of the road, he and Wikman have created an eclectic design scheme that celebrates anything and everything. As Edge puts it, “If you love something, you make it work. I collect things that are kind of weird and original—if something wasn’t good when it was made, it will never be good in the future.”

The esteemed collector has curated an art exhibition inside his home. Every piece is a statement piece. But in the end, Edge’s home itself might be the most special item in his collection of art. “I love that the house is an antique with a wonderful patina and I also love its large-scale rooms. It’s really neat to live in an old home in the middle of the city.” 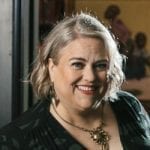 Amy Wikman
• A seasoned interior designer and co-owner of Bjork Studio, her Westside atelier offers new, vintage and custom furniture for residential, commercial, and hospitality spaces.
• With an eye for detail, Wikman and team are committed to doing things “the old-fashioned way.” They create and manufacture fine furniture and impeccably-crafted upholstery, which includes their own signature line of furnishings.
• BjorkStudio.com 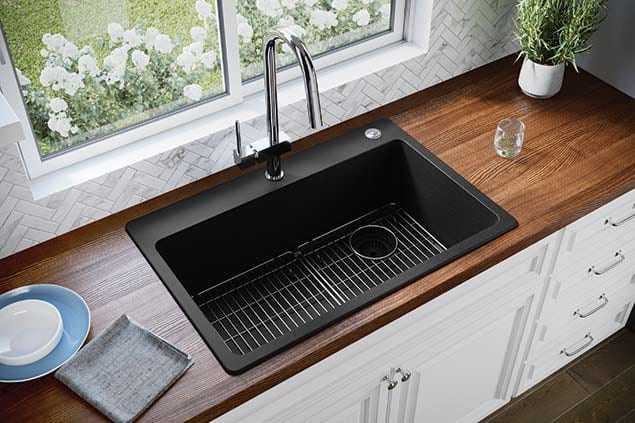 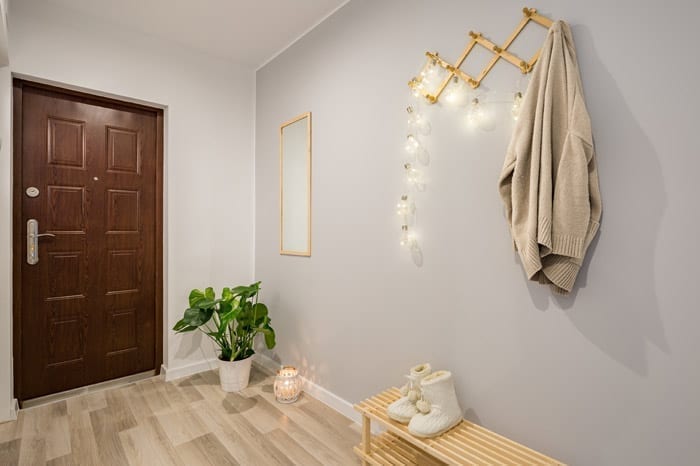