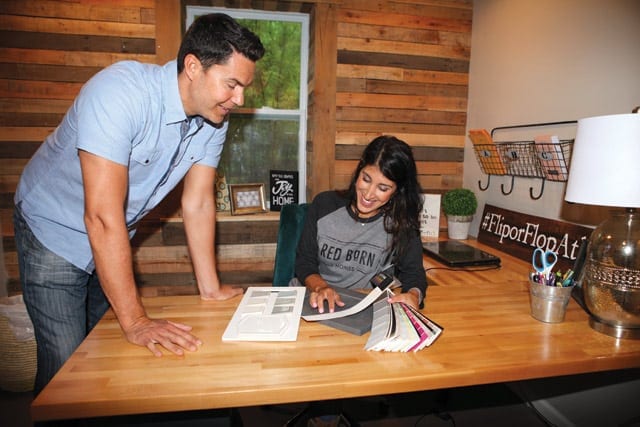 For Atlantans looking for local house-flipping inspiration—search no further. HGTV brings a new version of its hit real-estate rehabbing TV show “Flip or Flop” to Atlanta, later this month. Seasoned flippers Anita and Ken Corsini, owners of Red Barn Homes in Woodstock, will host the new show, bringing their real-estate, design and construction savvy to the popular TV franchise.

The couple has made a successful career out of spotting opportunities—and this time, they see promise in the small screen. “A TV show was never on our radar,” Anita admits. “We’d been buying, renovating and selling about 100 houses a year for over a decade. Then HGTV called us out of the blue about hosting a show. We didn’t take it too seriously. We giggle when we look back because we scheduled a Skype interview with them and I forgot about it and went to the gym. When I got home, completely gross and sweaty, I realized the interview would be in five minutes. I thought, ‘Well, they’re definitely going to get the real me!’”
Needless to say, the interview was a hit, and the network is confident the show will be, too.

Both Anita and Ken grew up in Georgia and have a deep appreciation for the real-estate market in Atlanta in particular. “I was an insurance broker with a really good job,” Ken says. “But the real-estate bug bit me and I quit to start my own business. Then, when the market made a downturn in 2007, I used the time to get a master’s degree in building construction. Anita got her real-estate license and we made this a family business.”

“We love what Atlanta has to offer,” Anita says. “Older homes with a ton of character, transitioning neighborhoods—there are houses at every price point. There’s high demand for homes due to the growth of job markets here. In real estate, you need those people coming in to buy the house you renovated.” On the show, the duo can be seen flipping houses in Buckhead, Collier Heights, Ormewood Park and more.
Anita takes on the design responsibilities of a house flip. “When you’re flipping,” she explains, “you can only be so creative, because creativity often adds up. Each decision is carefully weighed against what the budget will allow. But for me, the most fun is pulling together a kitchen—it’s where there are the most details that have to be addressed in a house and those details have the biggest impact on the design of the home.”

Ken shoulders demolition and construction tasks once a house is ready for rehab. He says there can be some very special surprises in store when they first explore a house’s nooks and crannies. “The funniest houses are the ones where occupants left in a hurry and we inherit their junk,” he laughs. “One time we heard the former homeowner was a ‘little off’ and he’d booby-trapped the backyard. There was grass up to my waist out there and lots of dead animals. That one was a challenge.”

For the premiere episode, tune in to HGTV at 9 p.m. on July 20 to follow the adventures of rehab aficionados, Anita and Ken, in “Flip or Flop Atlanta.”

1. Find an “off-market” house. “You’re not going to find a gem with a house that’s listed on the MLS [multiple listing service]. Do some doorbell-ringing. We have four employees who do nothing but go door to door asking if a homeowner would be willing to sell,” Ken says. Adding, they mail out postcards, post ads on the Internet and make cold calls to find homeowners who would sell out cheap—leaving room for a flip with a good profit margin.

2. Don’t be afraid of an ugly duckling. “An ugly house has the most potential,” Anita asserts. She says they look at the curb appeal of an eyesore too. “It’s about breathing new life into a home. There’s so much you can do to elevate the look of the home from the street.”

3. Renovate for them, not you. Anita explains, “The hardest part for me is to always keep in mind I’m renovating to sell and make a profit. Be very careful with your choices and spending—otherwise, you’re giving away profit. The kitchen doesn’t have to be perfect in every detail the way you’d want to have it for yourself. Don’t over-renovate.” 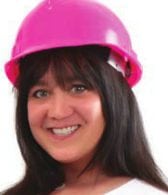 What should Atlanta homeowners be doing now, in March, with their plumbing? 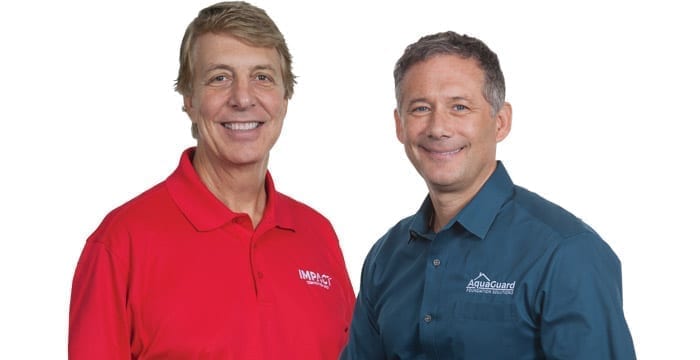 Q & A – What are some early signs of foundation issues? 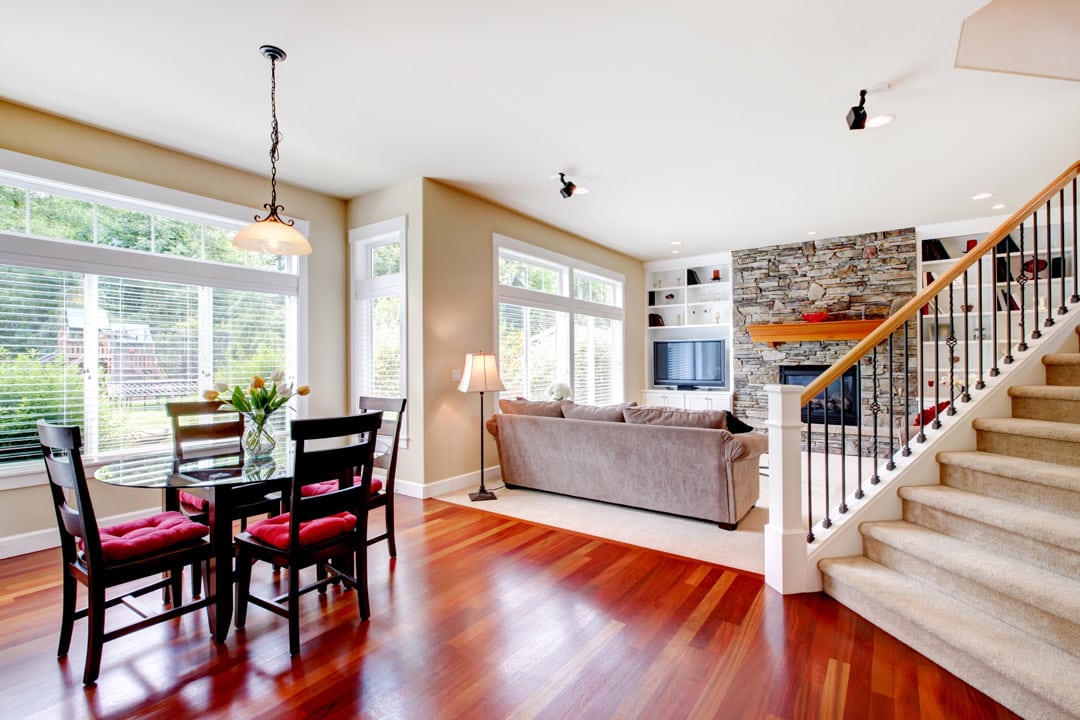