New lighting technologies save energy and create ambiance inside the home 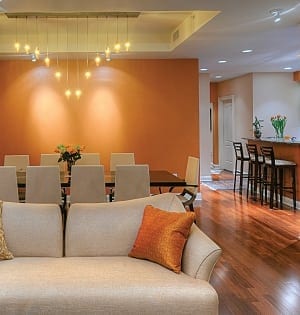 In the past, when you needed to replace a light bulb, all you had to do was decide which wattage would best serve your needs. But times have changed, and the interior-lighting options available today go well beyond 40-, 60- and 100-watt incandescent bulbs. There has been an influx of CFL (compact fluorescent light) and LED (light-emitting diode) light bulbs as well as sophisticated lighting-control systems and dimmers on the market in recent years, which has been driven by increasing energy costs, federal energy-efficiency standards, the popularity of green initiatives and technological advancements.

“It’s very exciting,” says Yaacov Golan, owner and president of C Lighting, a lighting retailer and design firm in Atlanta. “CFLs have been around for a while and continue to slowly improve. LEDs are entering the market, opening up lots of ways to design new fixtures. Bottom line, there is not going to be an obituary for the traditional incandescent bulb because it truly provides an indirect light with good color rendition, but technologies are rapidly changing.”

From incandescent to CFL

Compact fluorescent lights are the predominant option when upgrading from standard incandescent bulbs to a more energy-efficient bulb, according to Terry K. McGowan, FIES, director of technology and engineering for the American Lighting Association (ALA)—and the reasons are clear:

•    CFLs provide light output that is equivalent to that of incandescents—from 40 to 100 watts.

•    Because compact fluorescents will fit into screw-based sockets, they can be used in nearly any lamp, making them an ideal choice for general home lighting.

•    Recent advancements have made CFLs more adaptable; they can now be used in three-way lamps and in dimmable lighting fixtures too.

The real draw of CFLs, however, is energy efficiency. “CFLs are extremely efficient and offer a rated lifespan of 9,000 to 10,000 hours on average,” says McGowan. “And they ensure that you don’t have to compromise performance for that kind of energy efficiency.” While offering comparable lighting output, CFLs only use between 20 and 33 percent of the power of equivalent incandescent light bulbs, ultimately saving homeowners a great deal of energy—and that translates to money saved over time. In fact, McGowan reveals that significant savings will show up within three to four years after switching over to CFLs. And although CFL bulbs do cost more than incandescent bulbs up front, the prices have come down recently.

The next step: LEDs

While CFLs have become the go-to light bulb for energy efficiency, LEDs are gaining ground in the same  arena. “LEDs use less heat and a very low voltage,” says Golan. “They are more expensive, but clearly have a long lifetime”—at least 30,000 hours, according to Richard Lyford, specialty lighting director of sales for American Lighting. Although the light output of LEDs is comparable to most incandescents and CFLs, LEDs use “80 to 90 percent less energy than incandescent bulbs and up to 45 percent less energy than CFLs.”

That’s just the beginning for LEDs, according to McGowan, “They have the potential to become so much more.” Recent advancements in LED technology include the introduction of higher powered LEDs, an increase in LED production and the development of the ‘white’ LED, which enables LED-based lighting to give off a similar color temperature to a clear incandescent bulb, which many homeowners prefer.

While replacing incandescent light bulbs with CFLs and LEDs can help increase home energy efficiency, lighting control systems can achieve similar savings using any light bulb. “Changing a light bulb won’t do it all,” McGowan says. “You need to have systems in place that allow you to  control your lighting, so it’s on when you need it and off when you don’t.”

Dimmer switches give homeowners control over the level of light in a room, which can help save energy and set different moods. “Every light should be dimmed… ,” Golan says. “Dimming is a key to energy savings. Not only does it control the brightness of the light, but a dimmer extends the longevity of the bulb. Truthfully, a light without a dimmer is like an oven with only one temperature.” And because CFLs (and even some LEDs) are dimmer-compliant, the overall savings can be quite noteworthy when the two technologies are used together.

Golan also promotes the use of “occupancy sensors” that plug into any standard outlet and turn lights on when motion is detected and can be set to turn off at a specified time. For even greater control, automated whole-home lighting systems, such as those from Lutron Electronics Inc., allow users to dim lights, set lighting “scenes” for various activities, activate timers and more from a single keypad.

Light sources run by electricity are the norm now, but as green efforts become more commonplace in the residential realm, harnessing solar power for interior lighting will become more available. Daylighting—using natural light to illuminate a home—is making its way into the conversation about lighting options too. In addition to strategically placed windows and skylights, a daylighting system, such as the one offered by Solatube, can be quite effective; it uses a rooftop dome to capture sunlight during the day, a tube system to direct the light to the interior of the home and light diffusers (which resemble can lights) to illuminate a specific space.

LED technology also will play a major role in the adoption of solar-powered lighting. “Due to their low energy consumption and the ability to power them with 12-volt DC power, LEDs marry well with electricity generated via solar panels, making for a green partnership that contributes to the continued adoption of both technologies,” Lyford says.

“We’re looking towards a future where we have complementary energy-efficient technologies that reduce our energy bills, decrease the frequency in which light sources have to be replaced and reduce or eliminate negative impacts on the environment,” Lyford says. “Combining solar energy with light sources that use very little electricity makes sense. When automated control is added—control that can be accessed remotely—we can look towards a future where we’re only using lighting energy when needed, but we’re also using the minimum, making for an environmentally friendly world that minimizes damage done to our planet.”

Watts It All About?

“It’s important to be informed. Paying extra money for energy-efficient lighting will pay off in many applications—but not all,” says Richard Lyford, specialty lighting director of sales for manufacturer American Lighting. “Manufacturers are doing their best to make the switch easy, but we need to understand that watts no longer equate to a specific amount of light output, at least as we’re used to it in the incandescent world. As such, look for and understand the ‘equivalent light output’ of the product to determine if it will work where it’s going to be installed.”

Because CFLs and LEDs both provide many benefits, you may not know which one will work best for your needs. Richard Lyford, specialty lighting director of sales for manufacturer American Lighting, offers these tips for choosing energy-efficient lighting:

•    Consider the amount of time a light source is used when deciding whether or not to replace it with a more energy-efficient lamp. Since both LEDs and CFLs tend to be more expensive than incandescents, if a light is seldom used, the payback from the more energy-efficient technology will take longer.

•    While advancements in both LED and CFL technology are ongoing, it is important to keep in mind that the “look” of the light from these sources may be different than incandescents. “Look” depends on the color temperature of the light, meaning whether or not it is a warm (approaching yellow or orange) or cool (approaching blue) shade of white; what type of fixture is being illuminated; and how the light is perceived (whether it glows more or sparkles.) If the look of the light is important, it’s worthwhile to see the light source illuminated prior to purchasing.

•    Some CFLs and LEDs do not dim, so they cannot be used in an area that has a dimmer switch. If dimming is desired, ensure that the energy-efficient light source can be dimmed.

•    When replacing multiple lamps in the same area, use the same light source—do not attempt to mix incandescents with CFLs or LEDs, as the look will be different.

Get Help from a Pro

Certified Lighting Consultants (designated by the title “CLC”), lighting designers and other remodeling professionals can help choose the best lighting solutions for your home. Find out how to connect with local Atlanta lighting resources on our website at www.staging.atlantahomeimprovement.com.

Changes on the Horizon

Starting January 1, 2012, incandescent light bulbs will have to meet more stringent energy-efficiency requirements; they will have to produce the same amount of lumens for less wattage. (The initiative already went into effect on January 1, 2011, in California.) The changes begin with the 100-watt everyday incandescent light bulb, which must use no more than 72 watts to produce a comparable brightness. Additional bulbs will be affected over the next several years, with 75-watt bulbs using only 53 watts by January 1, 2013, and 60-watt and 40-watt bulbs reaching 43 and 29 watts, respectively, by January 1, 2014. The change is a result of the Energy Independence and Security Act (EISA), which was signed into law by former President George W. Bush in 2007.
Additional changes within the industry include new packaging requirements from the U.S. Federal Trade Commission, which will require manufacturers of incandescent, CFL and LED light bulbs to use new labeling on consumer packaging by mid-2011. For the first time, the front of the package will list the bulb’s brightness as measured in lumens instead of watts. The back of each package will have a “Lighting Facts” label modeled after the “Nutrition Facts” label that is currently on food packages. The Lighting Facts label will provide information about brightness, energy cost, life expectance, light appearance (warm or cool), wattage and mercury content.
—Information provided by the American Lighting Association 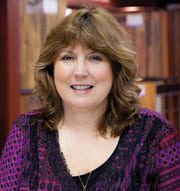 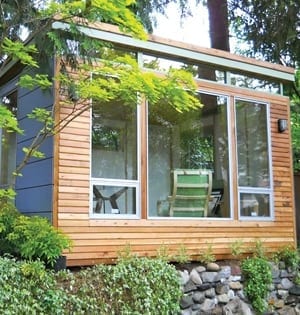 Expand your livable space with a backyard shed